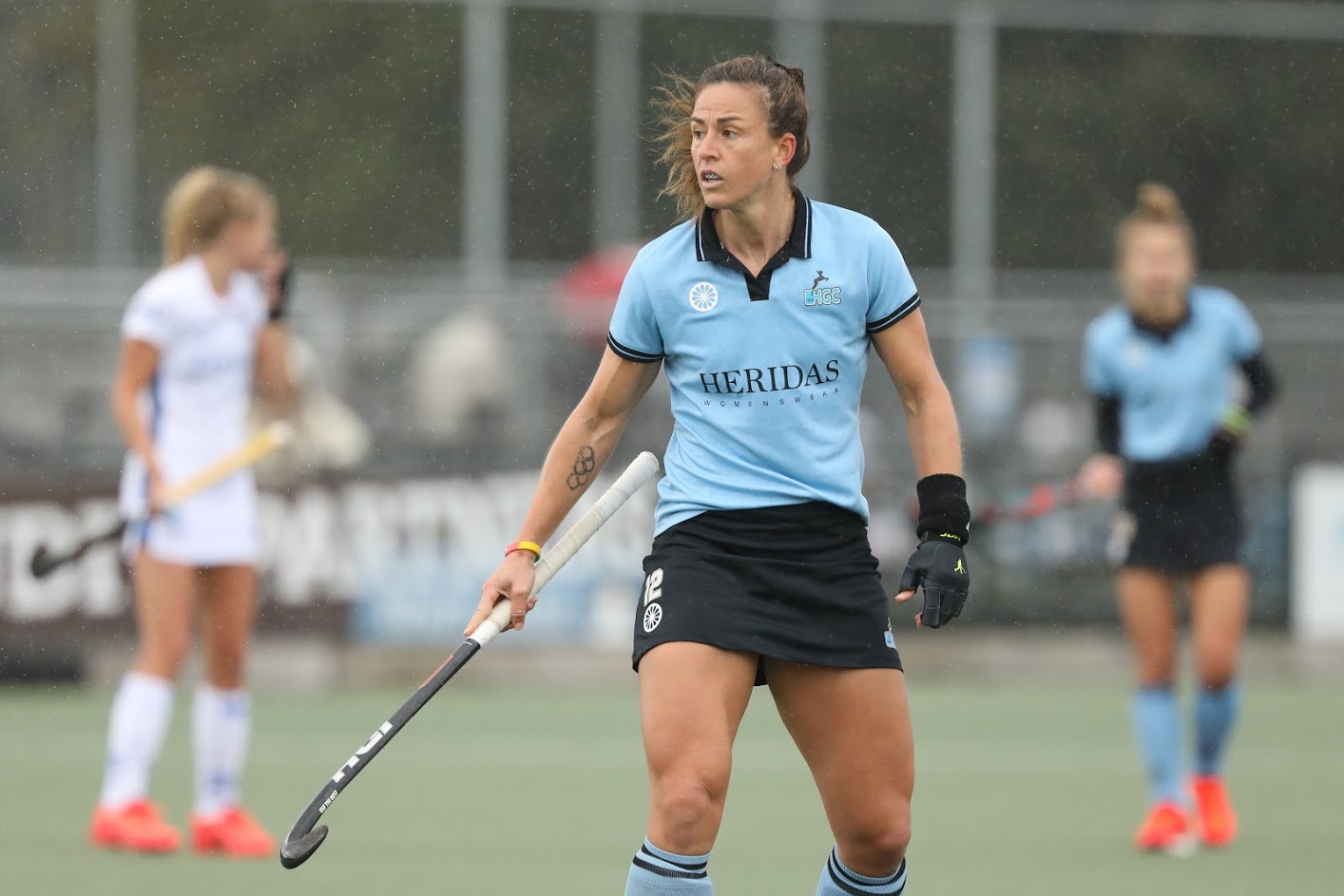 Dirkie Chamberlain;
the legend from SA

Dirkie Chamberlain is without a doubt one of the most consistent hockey players we know. She just did it and still does. Started at the age of 14 in 2000 but managed to reach the top and compete in the 2012 Olympics too. She played for several clubs in Europe i.e., MOP Vught and Kampong Hockey, but now she is one of the goal getters at Wassenaar’s’ HGC Ladies! We have the honour to interview this grand lady and pick her fieldhockey & sports brain. Indulging in Sports, seems to be a quote that fits you, can you tell us where and how your love for sports started? I have a sporty family and I used to play a lot games in the garden with my older brother. He loved to play cricket and tennis in the garden so I would always want to join him.

You are a fitness instructor and put health first. Top hockey however, is not the healthiest thing to do for one’s body. How does the fitness instructor match the top hockey player? I think the two go very well together, I love to stay fit & healthy and have found hockey to really keep me physically strong and fit, however you have to take care of your recovery because top hockey is very strenuous on your joints and muscles. Especially when you hardly have an off season between club hockey and international seasons. Fitness instructing is a passion and it teaches me a lot about the all round aspects of health and exercise so i have learned to manage my body very well and train in the right ways.

You have played in NL before, went to GB and Belgium, have things changed a lot in Dutch Hoofdklasse hockey? Yes it has been great to experience the different styles of hockey in other countries, but the Hoofdklasse has always remained the best league in the world in my opinion. I think it has always been a very professional set up and that is even more so now.

We called you a consistent player, because of your drive and still being able to perform at the highest level in sports. How come so many seem to think that you must stop at 30 plus? I think that is truly an individual decision based on your priorities in life that change rather than your physical fitness. My opinion is actually that players peak around 30-34 as we have seen with many top class past players like Luciana Aymar, Maartje Paumen, Jamie Dwyer and current players like Eva de Goede. She can play for many more years if she wanted to and she has proven to still be the best in the world at age 32. I think at some point in players’ lives there is a shift in priorities and circumstances which lead to many hanging up their boots and this coincidentally seem to mostly happen around 30 plus. Let’s face the elephant in the room; you did not get selected for Tokyo, thus missing out on the Olympics. What does it do to someone being the ambitious sports person as you are and how do you cope with disappointment? It is immensely heartbreaking knowing that you put in so much effort and sacrifices to be the best you can be for your country and the best version of yourself but yet some people unfortunately don’t value that and don’t see your worth. It can really break a players confidence, self worth and shatter dreams. However, one coach’s opinion does not define me and never will, I know in my heart i deserve to be there. I know who I am, my value and my worth, this keeps me positive and motivated to rise above my disappointments. I am so grateful and humbled by all the support I have received from friends, players and coaches all over the world and this keeps me stronger than any setback can try and break me. I have had an amazing hockey career so far to look back on and be incredibly proud of and that I am indeed. I am not done yet and who knows what I can still achieve, that excites me!

On to HGC, what is the magic touch of this ladies’ team as they went up one season and promoted back into Hoofdklasse, next season hit the bottom but were saved by a pandemic and now are on their way up again? They surely have been through a roller coaster ride but the magic lies in the vision and ambition we now have as a team. I cannot comment on the past and i would like to leave it in the past too. I can however comment on the teams ambition to become a consistent top four ranked club in the Hoofdklasse. We are a new team with new goals and we have already made huge steps to be more professional on and off the field. This is only the beginning and we know it will take a lot more to reach our goals but everyone is invested and shares the same vision. All of us are on the same page and we have an incredible bond between the girls, one that i have not experienced at any previous club team I have played in before. I am very excited about being part of the journey forward with this team and club. 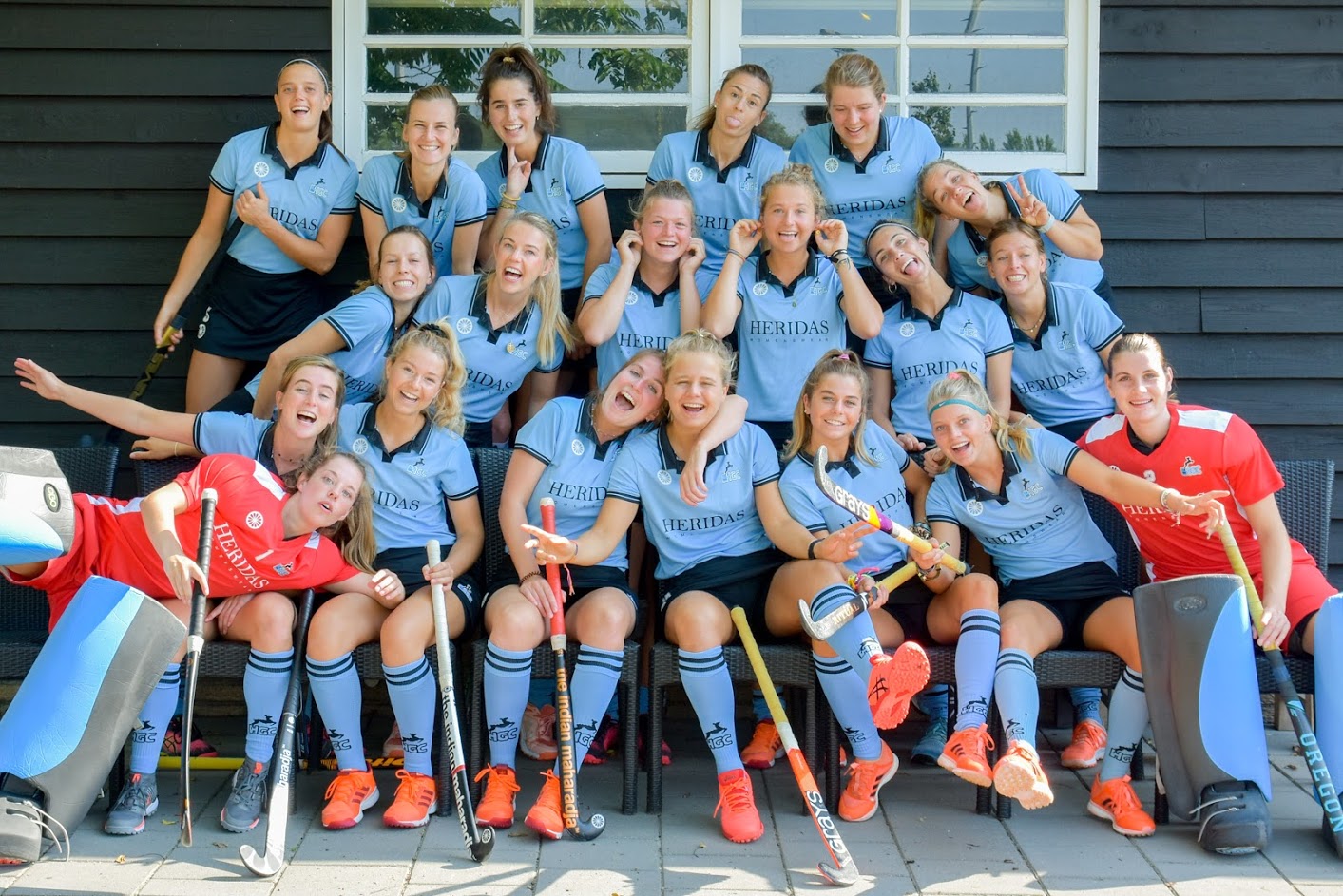 Sometimes you win, sometimes you learn. A quote that is your lifeline. We love quotes, but we also know that you have a personal side as well. Care to share? This quote is important to me because it always gives me perspective during setbacks or during tough moments in life and sport. Sometimes i can really get caught up in the moment of the situation and overthink it completely which then has bigger negative effects on me than what is needed. So I always try and learn from a situation that did not go my way rather than completely see it as a loss which can cause you to lose sight of the lessons that it presents. Everything in life happens for a reason, for something better to come your way. Even if you don’t see it immediately somewhere in the future the reasons become clearer, whether you are conscious of them or not.

Thank God for the pandemic? It looked like the Dutch fieldhockey agenda was overflowing due to the (sometimes double weekends) HK competition, Gold cup, Play Offs, Euro Hockey League, FIH Pro League, Euro Championship, World Championship and to top it off the Olympics. Do you feel there is too much pressure in top hockey? Personally I don’t think so. I think it is great that in Europe there is so much opportunity to play the game and grow. This year was somewhat unusual due to the pandemic like the Euro Championship and Olympics very close together, which I don’t think will be the same again in other seasons. Hockey in Europe has grown immensely over the last decade which is great for the sport and players have grown and adapted with it. In the end i think it is all just about teams and coaches managing players and also an individual managing yourself. There are so many resources at hand these days that can support players to stay focused, recovered and fit so even though there could be an increase in pressure I wouldn’t say it is too much.

In your country, fieldhockey is played in schools, college, and universities. In Holland we play at clubs. Which do you prefer and why? It is difficult to pick one because i feel that both these systems have their pros and cons. I think it is great for children to play sports at school and have that option alongside club sport. This gives many more children the opportunity to be involved in extra curricular activities as school sport comes at no extra cost with regards to member fees and they get to participate in different sports during the year which makes them aware of a wider set of skills and talent. At some schools it is even compulsory for students to be part of some sports or cultural team which creates opportunities they didn’t think was possible. I only started playing hockey because i needed to do a winter sport at my school and chose hockey. This is where i was introduced to the sport and my passion grew. However in saying that I do feel that the club system in Holland has a lot more structure and expertise with regards to coaches and their knowledge that is carried over and portrayed to the players or teams. At schools you will find teachers doing the coaching job in most teams and sometimes there might be a lack of knowledge or coaching ability by teachers who never really played the game competitively or has a true passion for it. This is evident at clubs in Holland where most coaches and trainers have a background and knowledge in the specific sport. 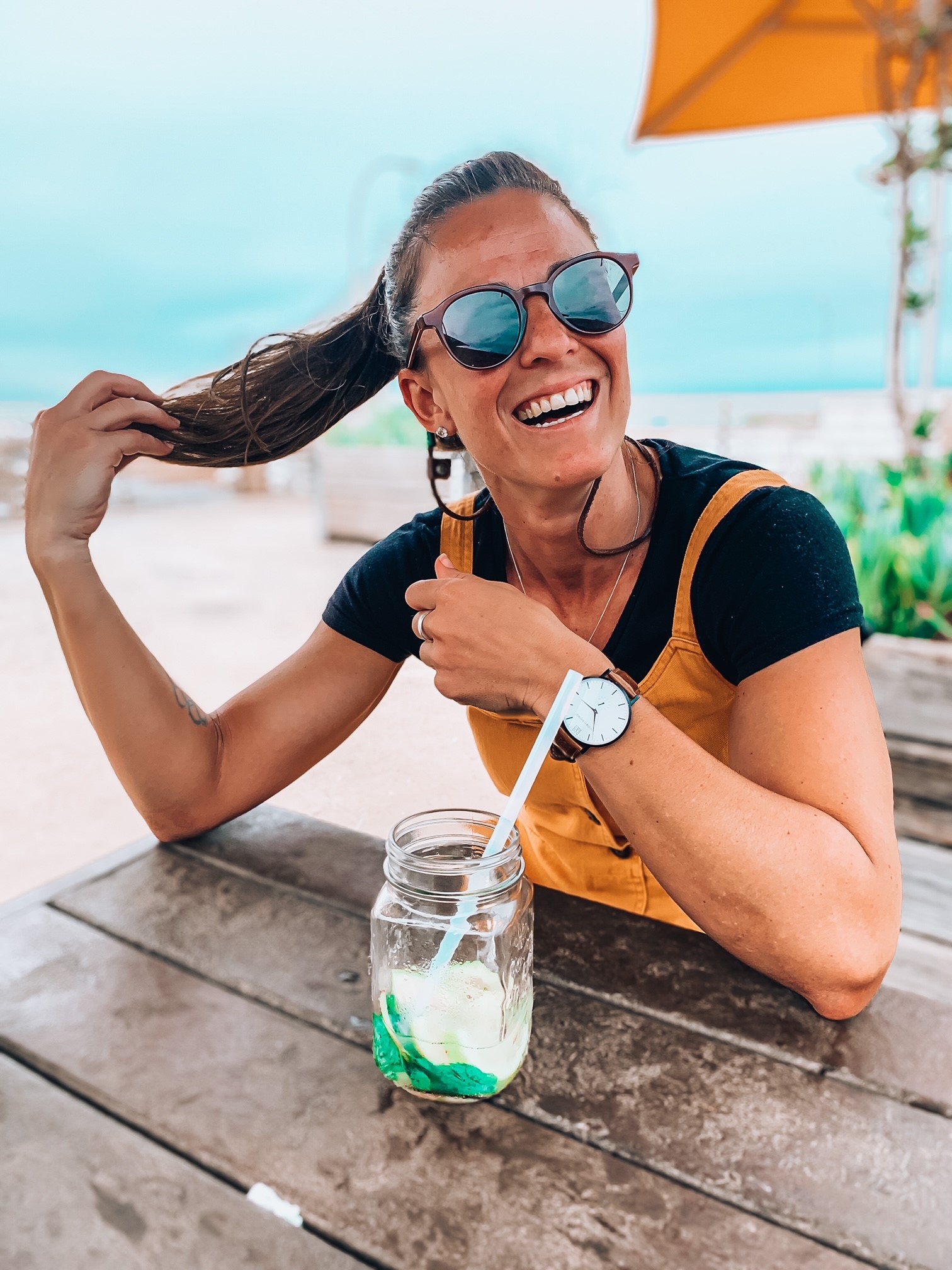 Last one for the fans:

Which type of music do you stream during workouts? I have a playlist on Spotify called ‘beast mode’ which contains a lot of dance songs and deep house beats.

What is your most yummy food? My favourite is a good South African Braai with lamb chops and ‘braaibroodjes’. I aslo love ‘flammkuchen’ with any toppings.

Where is your most ‘gezellig’ place to go in NL? In winter I love to find a good cosy coffee bar and in summer I like to chill by the pool on a lilo float.